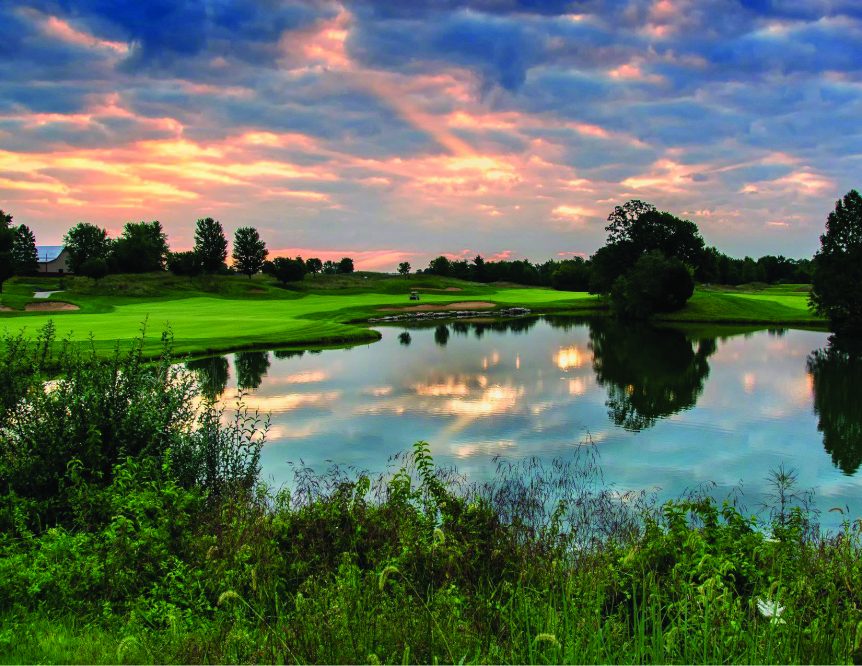 A weekend at Annbriar for the 2020 Amateur Players Tour Championship brought out excitement, great golf, and some interesting weather conditions to top it all off. Despite all of the circumstances, 2020 turned out to be a fantastic season, and a sign of great things to come. We owe it all to our players with an average field size of 85 players, multiple sellouts and 3 tournaments with over 100 players for the 2020 season.

Division 1 saw Tyler Fieser return to the winners circle for the second time in 2020. Fieser finished the Tour Championship with a two day total of even par, 144. Matt Minder finished in second place after a Sunday round of 2 under par, 70 on his way to a two day total of 3 over par. John Todd finished in third place, but that finish was enough to secure the win in the Player of the Year race. John had 4 wins on the season, including a win at the first playoff event at Cardinal Creek. John was followed in points by Matt Borgmeyer and Matt Minder.

With the points standings extremely close coming into the Tour Championship, Division 2 had 8 players in the race for the Player of the Year title. Steve Hasenfratz took matters into his own hands, finishing his second day with an even par round of 72, for a two day total of 5 over par 149. Billy Davis and Kevin Erxleben finished tied for second at 10 over par for the weekend. With his win on Sunday, Hasenfratz finished his 2020 campaign just ahead of 2019 Champion Kevin Erxleben and Scott Klassen.

With 18 players within striking distance of the Player of the Year leaders, Division 3 was the most competitive points race the Amateur Players Tour has ever had. Simay Souvannarath finished off a solid 2020 season with a two day total of 18 over par 162, which was good enough to seal a one shot victory and the 2020 “Annbriar Sweep” winning both events at Annbriar. Darrell VankyGrifka made a strong push the second day shooting 4 over par 76 on Sunday to finish in second place. Tim Leonberger and Ray Morales finished tied for third. The win on Sunday gave Simay the Player of the Year title, followed by Michael Konuch and Tim Leonberger.

Division 4 was another close race with 14 possible winners of 2020 Player of the Year. Tod Martin holed out for eagle on the par 4 12th hole on Saturday, and finished his last 6 holes at 2 over par on Sunday on his way to a 2 shot victory at Annbriar. Brian Koch finished in second place after a Sunday round of 7 over par 79, followed by Bryce Vandas and Jason Stone. Tod Martin was trending up at the right time with a win at the second playoff stop at South Side and his win at the Tour Championship, this finish to the season earned him the win in the Player of the Year race. Jason Stone and Bryce Vandas finished second and third respectively.

Greg Cobourn wrapped up his 4th win of 2020 in Division 5 at the Tour Championship, also completing the “Annbriar Sweep” winning both 2020 events. Jesse Baumann finished in second place, 5 shots behind Cobourn, followed by Linda Bozada and Jim Seibert tied for third. Cobourn’s win on Sunday left him just short of catching 2020 Player of the Year champion Jesse Baumann. Baumann had 3 wins in 2020 including a win at the second playoff stop at South Side. Cobourn finished second in the points race followed by Jim Seibert.

On Sunday we also awarded two players with the Most Improved award. One of the best things about the game of golf is the constant drive to work hard and continue developing all the aspects of your game. Both these players made moves in their game to get themselves promoted mid season. Aaron Gulley and Michael Adkins were named our 2020 Most Improved Players. 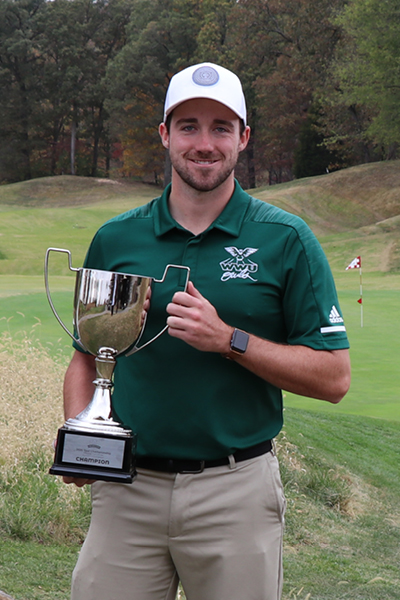 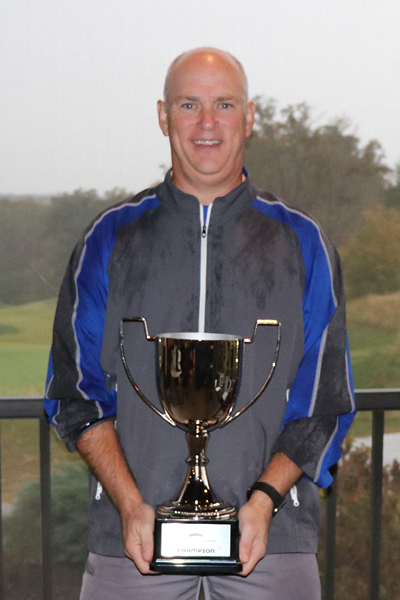 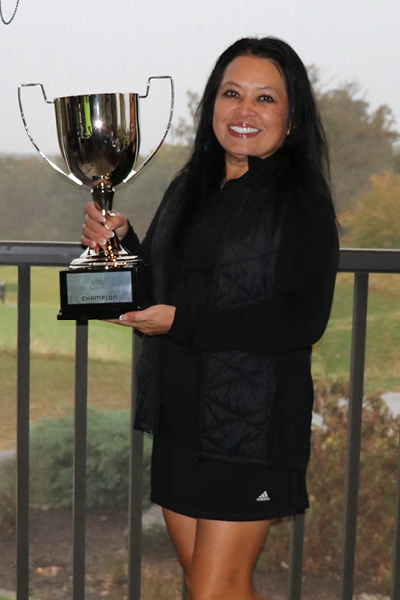 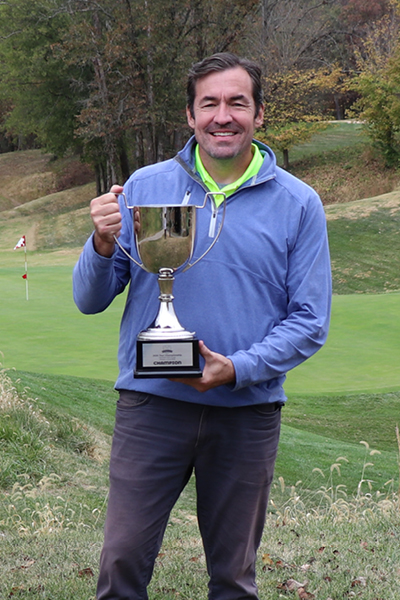 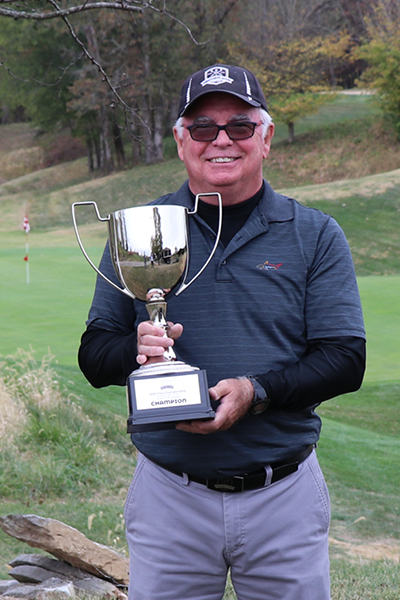 Player of The Year 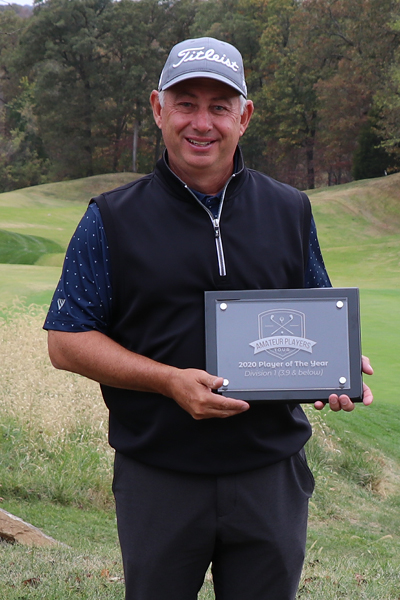 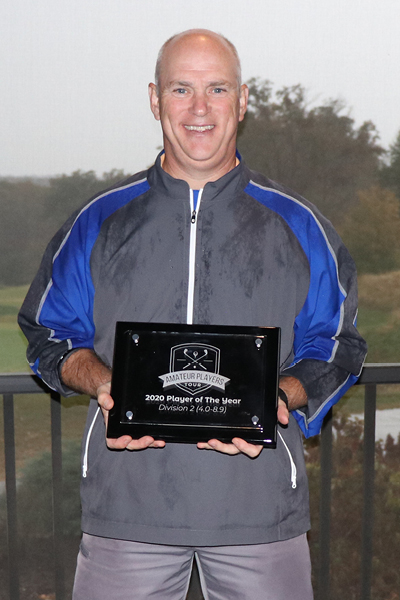 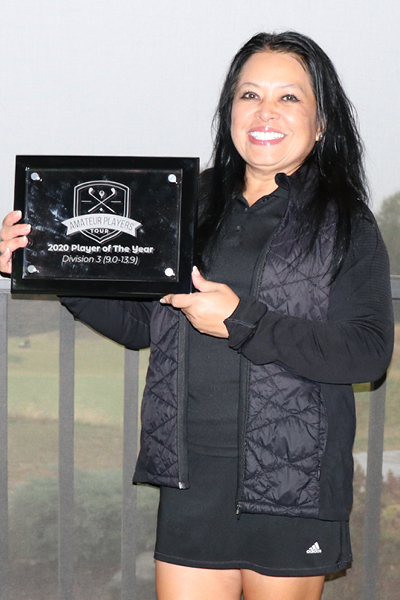 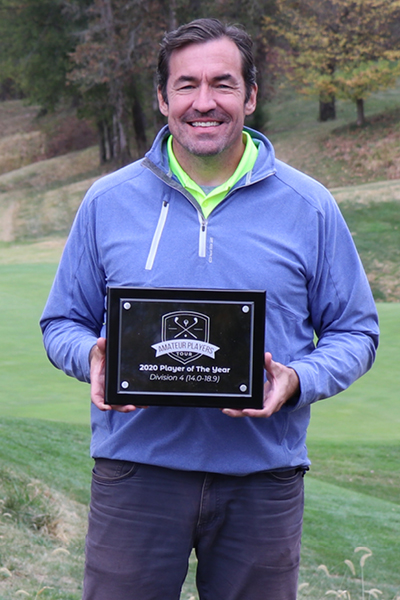 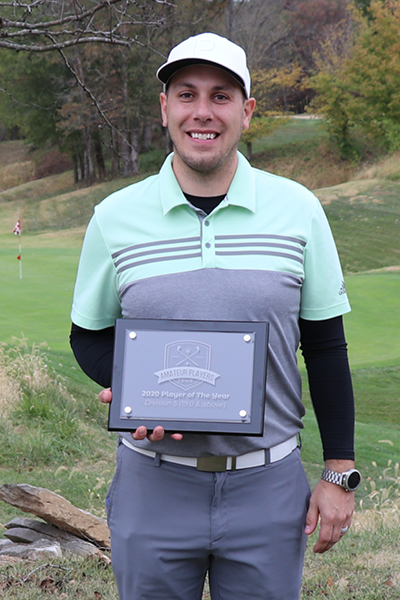